The Impact of the Pandemic on the Economy

In lieu of our annual conference held in Kingston each summer, CABE will be running a series of webinars over a period of several weeks, beginning August 25th.  The theme for this year's virtual conference is The Impact of the Pandemic on the Economy. 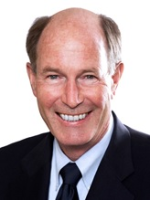 During a distinguished career in the federal public service, Dr. David Dodge had a number of increasingly senior positions at the Department of Finance, including that of G-7 Deputy, and was Deputy Minister of Finance from 1992 to 1997. In that role, he served as a member of the Bank of Canada's Board of Directors. In 1998 he was appointed Deputy Minister of Health, a position he held until his appointment as Governor of the Bank of Canada. Mr. Dodge, appointed Governor of the Bank of Canada, effective 1 February 2001 for a term of seven years, retired on 31 January 2008. A native of Toronto, Mr. Dodge received a bachelor's degree (honours) from Queen's University, and a PhD in economics from Princeton.

Downloading the slides and viewing the video of the webinar are restricted to national members!  You must be logged in the access these features.